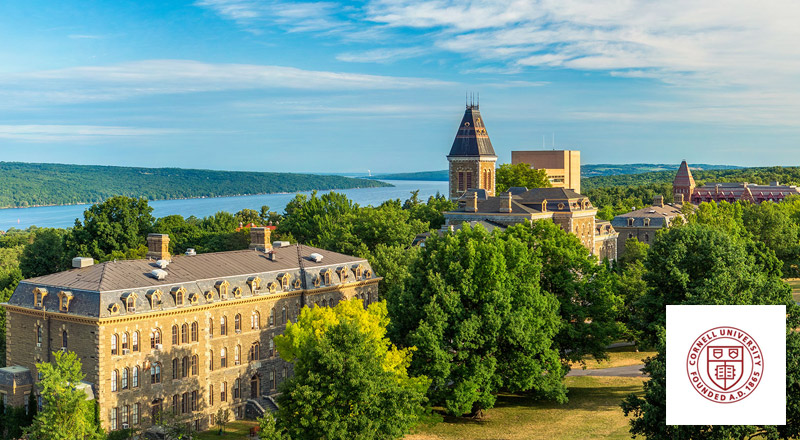 Cornell University in Ithaca, NY is the easiest of the eight Ivy League colleges to get into but Cornell students maintain that it’s the toughest place to stay enrolled. It’s also the only Ivy that is a private institution operating several public colleges. At the undergraduate level, Cornell has four private colleges including arts and sciences, engineering, and hotel administration. As a New York State land-grant university, Cornell has three colleges under contract with the state, including human ecology and the school of industrial and labor relations. Cornell’s graduate schools include business, law and engineering programs in Ithaca, and Weill Cornell medical school, with campuses in New York City and Doha, Qatar. Its technology-focused graduate school on New York City’s Roosevelt Island opened in 2017 in partnership with the Technion-Israel Institute of Technology. Cornell offers 4,000 courses within its 80 undergraduate majors and 90 minors. More than 40% of undergraduates are minorities and 11% come from outside the U.S. Cornell has more than 100 centers, including the Center on Death Penalty Worldwide, which maintains an international database of capital punishment laws and tracks how they are applied. It has more than 60 institutes and more than 20 campus laboratories. Cornell is the only Ivy to offer a bachelor’s in architecture. Alpha Phi Alpha, the first historically black fraternity, was founded at Cornell in 1905 and is one of 64 campus Greek organizations. One-third of the student body participates in Greek life and there are more than 1,000 student organizations. The Cornell Big Red have 37 varsity teams that compete in the NCAA’s Division I. Notable alumni include Supreme Court Justice Ruth Ginsburg, astronaut Mae Jemison, actress Jane Lynch, and scientist Bill Nye. 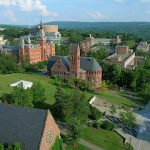 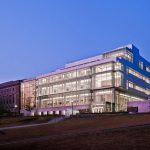 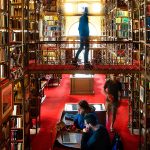