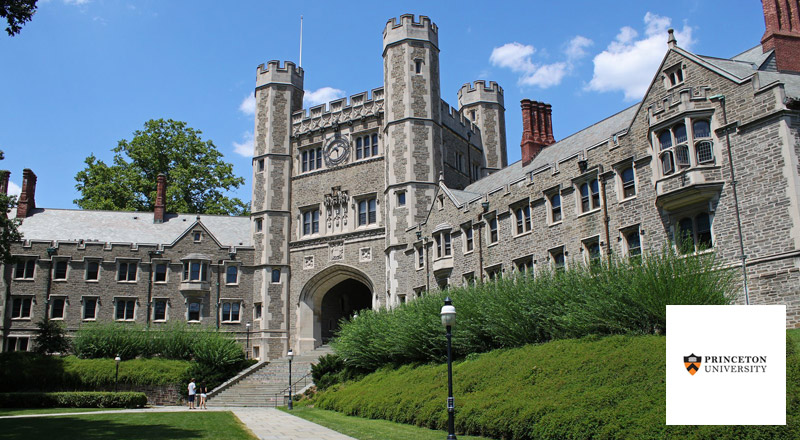 Princeton University in Princeton, NJ, was founded in 1746 as the College of New Jersey. It is the fourth-oldest institution of higher education in the U.S., one of just nine colleges established before the American Revolution, and one of eight schools in the Ivy League. Its students have access to more than 50 academic programs in more than 30 departments, and its most popular majors include English, computer science, economics, history, and operations research and financial engineering. Princeton’s central campus, which stretches over 500 acres, has been named by Travel & Leisure as one of the most beautiful in the United States. One of the world’s foremost research libraries, Princeton University Library has nine campus locations, including its main library, the Harvey S. Firestone Memorial Library. Its holdings include more than 10 million books, five million manuscripts, two million non-print items, and extensive collections of digital text, data, images, audio, video, and online resources in more than 200 languages. Princeton employs need-blind admissions, meaning qualified students are admitted regardless of their financial means. It is one of a handful of institutions that extend need-blind admissions to international as well as domestic students. In 2001, the university became the first to eliminate loans for students who qualify for financial aid. Instead, their needs are met through grants and campus jobs. Some 60% of undergraduates receive financial aid. Freshmen and sophomores live in residential colleges, which frequently organize trips to New York City to see shows and sports events; juniors and seniors may reside in designated upper-class dormitories and often participate in the college’s famous eating clubs. Princeton has more than 300 student organizations, including 37 intercollegiate sports teams. At the end of the school’s graduation ceremony, new alumni proceed through the main gate to mark the fact that they are leaving college. Some students avoid using the gate before then, in deference to a legend that if they do they will fail to get their degrees. 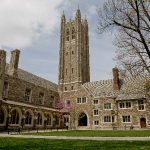 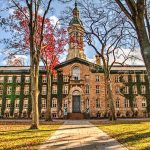 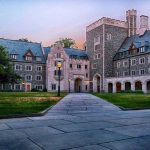