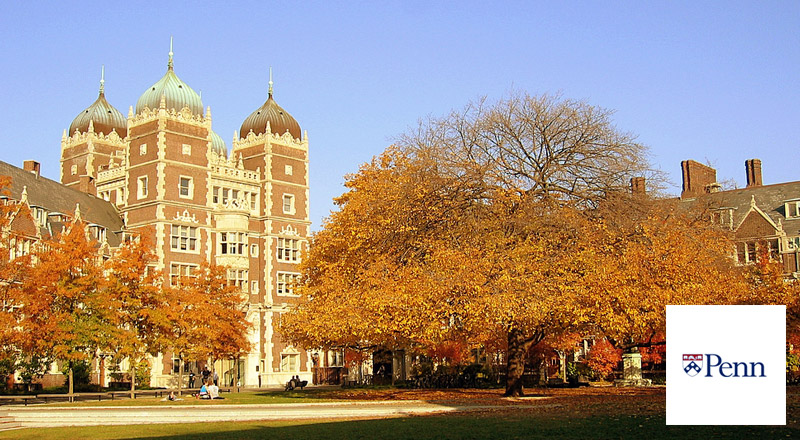 The University of Pennsylvania is a private research university in Philadelphia, PA. Founded in 1740 by Benjamin Franklin, Penn was designed to emphasize practical education and service. In 1881, it launched Wharton, the nation’s first collegiate business school, which offers both undergraduate and graduate degrees. More so than at the seven other schools in the Ivy League, at Penn, pre-professional degrees share center stage with the liberal arts through its nursing and engineering schools, in addition to Wharton. More than 80% of Penn undergraduates complete internships in the greater Philadelphia area. Penn has the country’s first school of medicine and offers many specialized coordinated dual-degree (CDD) programs including the Roy and Diana Vagelos Program in Life Sciences and Management and an accelerated six-year law and medicine program. The Penn Center for Innovation and the Center for Technology Transfer commercialize university research and development. Penn has an active Greek scene, 33 varsity sports teams, and the Quakers participate in the Ivy League and NCAA Division I. Alumni include Donald Trump, who earned an undergraduate degree from Wharton after transferring from Fordham, Elon Musk who got an undergraduate degree from Wharton and a degree in physics from the college of arts and sciences, and linguist Noam Chomsky. 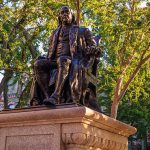 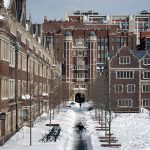 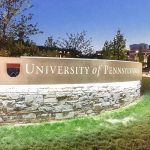