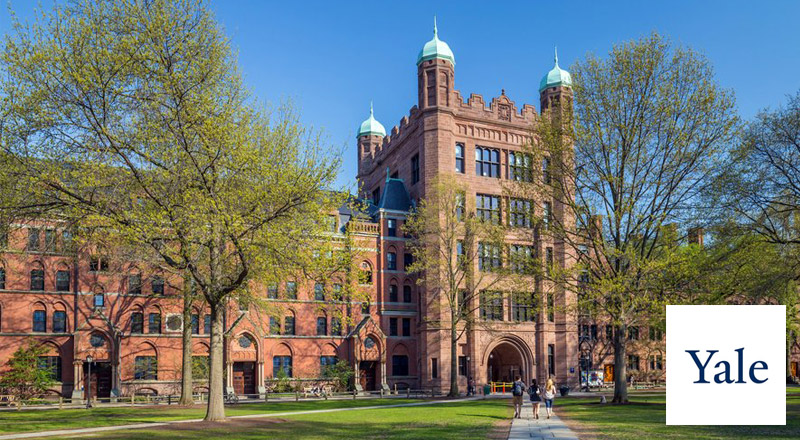 One of the world’s most prestigious, elite universities, Yale is the fourth-oldest institution of higher education in the U.S., chartered in 1701. After Harvard, it has the lowest admit rate among the eight schools in the Ivy League. While Yale has 12 professional schools and a graduate school of arts and science, it maintains a focus on the undergraduate at Yale College.The 14 residential colleges on Yale’s Gothic-style campus in New Haven serve as the residential and social hub for undergrads. Yale College offers thousands of courses in 81 major programs. The most popular major is history, followed by political science, biology, English and economics. Yale University Library, which holds more than 15 million volumes, is the third-largest university collection in the U.S. Yale is famous for its secret societies, including Scroll and Key and Skull and Bones, which only started admitting women in 1991. Yale is one of a handful of schools that offers need-blind admissions to all applicants including international students, meaning it makes admissions decisions without regard to a student’s ability to pay. It also promises to meet admitted students’ full financial need with grants as opposed to loans. The Yale Bulldogs compete in the NCAA’s Division I. Yale’s long list of powerful alumni include five U.S. presidents, 19 U.S. Supreme Court Justices, Morgan Stanley founder Harold Stanley, billionaire Blackstone Group founder Stephen A. Schwarzman, Boeing and United Airlines founder William Boeing, FedEx founder Frederick W. Smith, 23andMe founder Anne Wojcicki, and Pinterest cofounder and CEO Ben Silbermann. 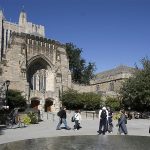 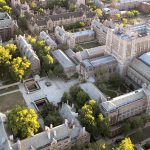